Our Adult Education and Literacy Programs are a place to learn, grow and communicate for people of all abilities. School has never been so much fun!

Volunteers are a vital part of any non-profit organization and our agency is a place to learn new skills and meet new people. Find out how you can join our Volunteer team.

Click each heading to see more information about our exciting line-up of performers.

Luca “Lazylegz” Patuelli defines our theme of “anything is achievable”. He has overcome multiple physical conditions including target=”_blank” Arthrogryposis (multiplex congenita), a rare disorder that is explained by limited joint movement and poor muscle growth and target=”_blank” scoliosis, a condition affecting the curve of his spine. Enduring ongoing corrective spinal surgeries, Luca never let his disability slow him down; actively participating in everyday activities such as swimming, diving, skiing, horseback riding, sailing, and skateboarding.  In 1999, at the age of 15, Luca discovered “B-boying” also known as Breakdancing. Although quite challenging at first, he began to learn moves and modified them to create his own unique style that incorporates both extreme upper body strength and the use of crutches. “Lazylegz” was born. 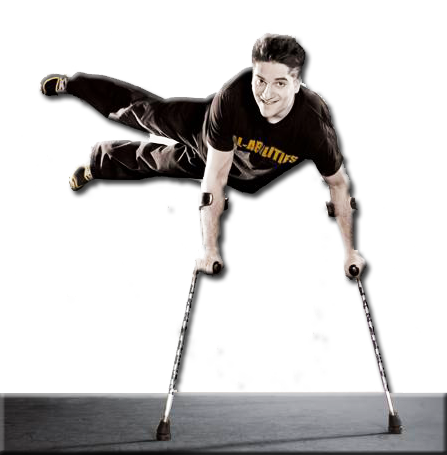 The York University Soul Collective is an energetic and dynamic 16-piece student ensemble directed by Michael Cado. The group performs Soul, Rhythm & Blues, Funk, and Pop repertoire spanning from the 1960s to present.  Their repertoire includes classic music by Earth Wind & Fire, Stevie Wonder, Marvin Gaye, Tower of Power, Blood Sweat and Tears, Aretha Franklin, and much more.  Since their inception, The Soul Collective has performed at various clubs, concert halls and schools throughout the city and has conducted student workshops for various high schools in the GTA.  Although most of the musical arrangements are written by musical director Michael Cado, students have also contributed to the ensemble. 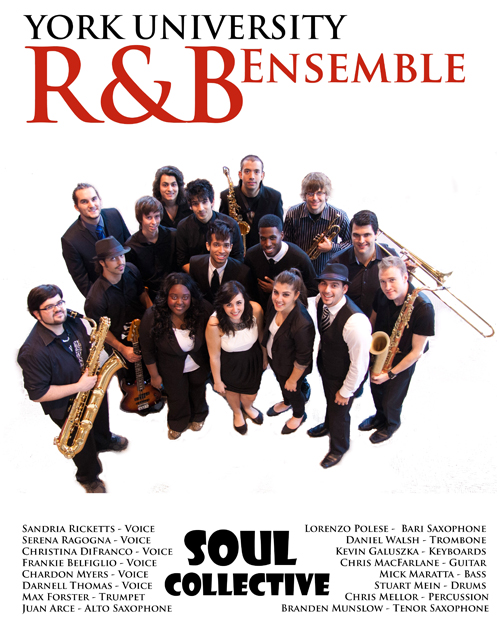 Starting in 2009, the students of five local high schools bands have rehearsed for countless hours each fall in preparation for this concert. The dedication and willingness to help fellow students in need is truly remarkable. We applaud the students of

for their continued support of our students. This year’s musical selections are varied across all bands.We will also be treated to the Senior Jazz Bands before the concert and during intermission.

Dr. Paula Holcomb is a highly sought after adjudicator and guest conductor. She has conducted bands and orchestras in 39 states, South America, Australia, Mexico, Europe, and Canada. She has presented Conducting Symposiums in Canada, South America, Australia and the United States. In her position as Wind Ensemble Director, Conducting at SUNY in Fredonia NY, Dr. Holcomb conducts the Wind Ensemble and musicals, and teaches graduate and undergraduate conducting. We look forward to the energy and excitement that Dr. Holcomb will bring to our high school student band performances!